History of the Port

Although the origin of the Port Authority of Vigo dates back to November 1881, the roots of its Port come from the first settlements of antiquity, which chose the shelter of the mountains on both sides of the estuary and the mountainous Cíes Islands protecting its waters. Throughout the centuries, its shores have seen Phoenicians, Greeks, Celts and Romans arrive, towns that were leaving their traces in the inhabitants and in their way of living by the sea. Hordes of Normans, discoverers of the new world and ships of Turkish and English pirates also passed by the Ría, being witnesses of exception of events like the Battle of Rande, at the beginning of century XVIII. In this same century, a group of entrepreneurs from the distant Costa Brava arrives in Vigo and lays the foundations of our fishing and canning industry, with its salting and brine techniques. At the beginning of the 19th century, Vigo became the loyal and courageous village, continuing the development of its port, which at that time became the principal north of the peninsula. In the first half of the twentieth century, in a quasi-feverish development, port infrastructures no longer only give berth and shelter, but are also an increasingly important goods depot and warehouse, especially after the arrival of the railroad to the docks. The second half of this century is even more intense, with growing passenger traffic from emigration, the frozen fishing revolution and the arrival of Citroen in Vigo. Since then, Vigo has been growing slowly, but solidly. Knowing the origins and history of our port, contributes to know and understand better the current port. We hope that this small HISTORY, as well as the image book "Port of Vigo, building an economic engine" would help.

A little History of the Port 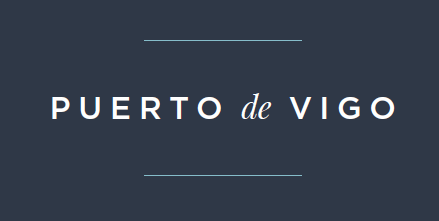